How to Deal with Triggers 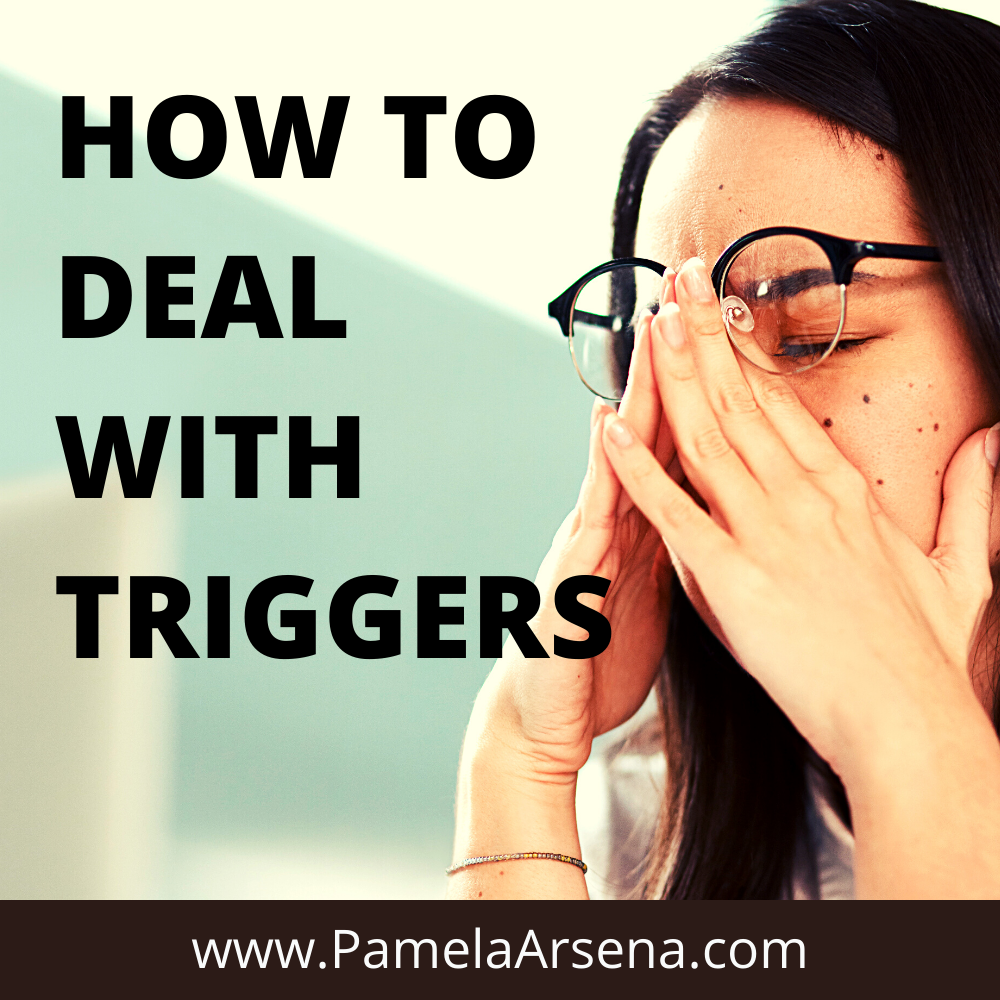 Learning how to Deal with Triggers

Chances are if you are reading this then you are trying to discover how to deal with triggers.  Understandably so, as if left unexamined, can wreak havoc on your life.

Given the times we are living in with the pandemic, food shortages and pending world war, people are on edge more than ever.  However as frustrating as external reality, can be, being triggered is only a symptom of something deeper.

What is a Trigger

For clarity purposes, we will define a trigger as any stimuli that causes an intense external or internal reaction.  These reactions typically feel intense, dramatic and over-the-top.  Often times people can have physical symptoms such as increased heart rate, sweating and even high blood pressure.  Mentally triggers can make one feel anxious, disoriented and out of control

Energetically speaking, triggers serve as a decoy that protects an unhealed wound.  Most of these unhealed wounds or traumas take place in childhood.  Although in some instances, trauma can be sustained in adulthood which include things like car accidents, natural disasters, war, and violence.  Essentially anything that can cause PTSD or CPTSD is centered around triggers.

The Purpose of Triggers

Think of triggers like a guard dog and your unhealed wound as a house.  When someone approaches the house, the guard dog gets rattled.  Essentially whatever or whoever triggers you, activates your defense mechanism which distracts you from the original unhealed wound.  This explains why so many people fight over topics instead of the core issue.

Speaking of people fighting and over-the-top reactions, TV is full of this very phenomenon which will call entertainment.  If you are like me, and enjoy an occasional reality show, then you will see people, whose lives are ruled by triggers.  A guilty pleasure of mine, is watching the Real Housewives series and it psychologically fascinates me to see how unhealed childhood wounds run the show.

Unfortunately, a more serious portrayal of triggers running peoples lives, is witnessed on the news, especially when it comes to addiction and crime.

Types of Triggers – How to Deal with Triggers

Half the battle with learning how to deal with triggers is recognizing it when they happen. As when you recognize when they happen, you can then unravel the unhealed trauma or wound.  Below we will go over a few of the most popular types of triggers along with real life examples.

These people are often loud, self absorbed and clueless to anything going on around them.   You have probably found yourself in a nice restaurant, where there is that one self important jerk who makes his cell phone conversation everyone’s business.

Or how about the people who go to the grocery store and decide to congregate in high traffic areas of the store with people they have run into.  Furthermore consider the people who leave their grocery carts in the middle of the aisle while they meander or piddle around the store?

Also lets not forgot oblivious drivers who are texting, putting on cosmetics or otherwise distracted by anything but the road in front of them.

All these types of self absorbed people tend to be triggering.  Especially if you grew up in a family where one of these folks are a parent.  This is commonplace in homes where the parent(s) were addicts, abusive or narcistic.  The needs of these parents supersedes or is more important than anyone around them.

An example of this is, the alcoholic mom who blares loud music in the middle of the night even though the children had school the next morning.  Having experienced this example many times as a child, it definitely triggered the crap out of me as an adult.  Have you experienced these type of people?

Thankfully after I dealt with the pain around my needs not mattering, I became less triggered around these type of people.  Luckily I don’t have to deal with these people often, as they don’t have a place in my life.

Feedback Triggers – How to deal with Triggers

In todays culture, feedback is more important than ever given, reputation is everything so it seems.  Which is why feedback can be so triggering.  All forms of feedback, negative, neutral and positive can produce triggers.

Negative feedback triggers people because don’t want to disappoint anyone.  This feeling is greatly magnified when you had parents who shamed you when you disappointed them.  It can also happens when one or both of the parents are perfectionistic.

Neutral feedback is often the worst type of feedback.  Think of the last time you made a dinner only to get a blah, meh or non-reaction in spite of the hours of effort you put in.  Currently we live in a time where any attention is better than no attention.  Maybe you have noticed that many celebrities’ thrive on this.  Children also thrive on this which explains why they sometimes act out.

Most people right now are being triggered by ambiguity.  Understandably so given the pandemic,  fear of war, food shortages, gas prices, etc etc.  Fear of the unknown or uncertainty can create some of the most overwhelming feelings and therefore intense triggers possible.  Other day to day examples such as waiting on a job interview, doctors phone call or from a date, can cause triggers.

These types of triggers typically stem from childhood where there was often great amounts of uncertainty or waiting on something external  to feel safe.  If left unhealed this wound has the potential to overpower and take over your life in the form of addictions.  Society is full of vices and addictions, drugs, sex, sugar, food, gaming, shopping, technology, or anything used in excess.  People often resort to indulging these forms of escapism because they are looking for something external to make them feel good. This trigger can be healed by honoring the original wound and understanding that feeling safe comes from within.

Other Peoples Moods – Types of Triggers

The last type of trigger I want to discuss revolves around the mood of others or making another persons mood or feelings personally.   A grumpy boss is a great example of this.  If your boss happens to grumpy and dismissive,  some would automatically assume it was because of them.  When in reality the boss is stressed out by his 7 bosses and his attitude has nothing to do with the triggered employee.

Another example of this is when your partner is quiet after a long day,   You assume their quietness is a result of something negative you did or said when in reality he is stressed out about his boss or something related to money.

Imagine how many petty fights could be saved by people not inwardly taking ones moods personally.  This unhealed wound is created in childhood where children were expected to read the mood of people in order to feel safe.  Typically happens in homes where parent(s) had moods wings.   This is healed by being present, honoring the unhealed wound and inner-standing that everyone is responsible for their own feelings.

Personally this trigger has been one of the more difficult ones to heal due to the nature of my childhood. However each time I address my core wound, the trigger decreases in intensity making it more tolerable next time.  I still get triggered by this but much less than I used too :-).  My heart and compassion is with you if you are going through this.

The beautiful thing about triggers, is once recognized they can become your best healing tool.  Because once we see something about ourselves, we typically don’t forget it which helps our consciousness evolve.

What has your experience been with triggers?  I would love to hear about it below.  I also created a video about this topic if you did not get to see it above.   You can watch video by clicking here.

You may also Enjoy these posts